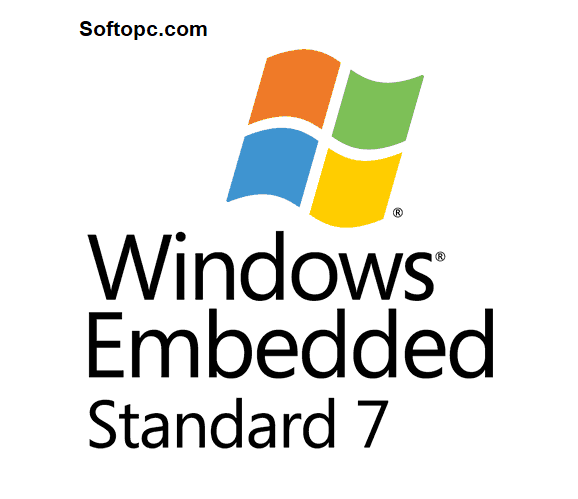 Download Windows 7 Professional version for free for both 32-bit and 64-bit devices.

It contains features that are available in Windows 7 alongside with some other new and amazing customized features. Windows Embedded Standard 7 is a powerful operating system for embedded systems independent of the Server and Desktop versions of Windows.

It enables OEMs in retail and other market places to focus on their core objectives and create something new and amazing in a unique way. By default, you get compatibility with Win32 and .NET applications and integration with Microsoft Enterprise Server and tools. It supports both 32bit and 64bit versions. Many new and interesting features that were included in Windows 7 are now transferred to Windows Embedded Standard 7. They can be embedded scenarios for specialized devices. Some of the features are: With Windows Embedded Standard 7 toolkit we target the embedded device development model, from concept through software and platform decisions, embedded-specific requirements, drivers and peripherals, to user experience and servicing of the device. The aim of this is to make prototyping and redesign that happens throughout this life cycle easier. An existing set of Windows tools, such as the Automated Installation Kit (AIK), as possible is reused as much as possible in order to minimize the ramp-up time that you need to learn the tools. Windows tools are improved and additional ones are provided for those IT professionals and system administrators who are already familiar with these tools.

Windows 10 Pro edition for free for both 32-bit and 64-bit devices.

Building an image using Image Configuration Editor (ICE) offers some similar experiences as previous generations of the platform, but it also offers some new ones. ICE is installed on the development computer and is used in scenarios where images must be reproducible and also more customized. The steps that are involved in building an Image using ICE are as follows.

The concept of Embedded Core is new to Windows Embedded Standard 7. This is a bootable entity that contains the most common pieces of functionality that are required for any image to be bootable which includes kernel or networking stack. It is automatically included as the building blocks of all images.
These are some of the building blocks that you can select in addition to Embedded Core.

Distribution Share(DS) contains all the building blocks, which is similar to the component database and repository folders that previous generations of the platform have. The resources for all building blocks are present in DS(Distribution Share). This distribution share folder can be shared among different developers so that all of them use the same source to create images.

As soon as you make your selections the Image Build Engine processes the information and assembles the embedded OS image on the device.
Now let us take an in-depth look at the information for some of these building blocks.

It’s a collection of functionality that is needed for booting. It includes the kernel, boot-critical drivers(except for SCSI adapter drivers which have a large footprint and can be added later), WinLogOn, NetLogOn, File systems (NTFS, UDF and so on), command shell, servicing stack, basic networking, and RPC. Embedded Core is language-neutral, so it can be booted without the footprint of the backup language (English). It is ideal as a minimal platform for application and driver testing – if an application or driver can run on eCore, then it is virtually assured that critical dependencies for the application are satisfied, and it will run on a larger image.

Settings for any package can be changed if the package exposes configurable settings through the ICE user interface. Signing packages is necessary because it enables Microsoft to service the features in a trustworthy way. After installation, if a resource is removed from a package, it will be brought back onto the device as soon as the feature is serviced.

Windows Embedded Standard 7 has around 150 feature sets. The feature sets can be installed on the image after it has been built on the device, this is a new feature of the product. You do not have to re-deploy the image in order to make changes. It makes maintaining, updating and customizing of an image in the field much easier.

The goal is to support around 40 languages and Language Interface Packs(LIPS). Some of the languages are included at release to manufacturing(RTM) and some are included shortly after the RTM. MUI resources have been packaged into language packs and images can be localized by adding one or more languages.
The first set of languages that will be shipped at RTM are as follows:

Language packs can be installed after-build after the device is deployed in the field.

Several scenarios are very important for specialized devices that are not important for PCs, Embedded Enabling Features can enable these features. Most of the times we want a device to be locked down in a known state and take only authorized changes. Windows Embedded Standard 7 offers three write filters. These filters were previously offered in Windows Embedded Standard generations.

It protects the system at the partition level by preventing writes to disk and redirecting them to an overlay cache in RAM or another partition. If you reboot your device these writes can be discarded. The system will be restored to a known state.

It protects at the file level, and redirects write to a RAM overlay cache, but it allows for exceptions. This means that if you have explicitly defined folders and files then they will persist writes to disk but all other writes will be redirected to RAM. These writes will be discarded at reboot.

It works with both the other filters (Enhanced Write Filter, File-Based Write Filter) to enable the persistence of certain registry keys even when the write filters are turned on.

Both EWF and FBWF support an API to let a developer control flushing cached contents to disk.

Windows Embedded Standard 7 includes USB boot, which was previously available on the earlier version. It also offers two new boot features-VHD Boot (shipped in RTM) and SD Boot (which was introduced after RTM).

A number of enhancements have been made in creating custom experiences. Usually, we do not want specialized devices to display dialog boxes or system messages that require user input. These problems are solved by creating a more extensive infrastructure to block these messages and popups through the Dialog Filter and Message Box Auto Reply features. OEMs are enabled to better develop unbranded startup screens and have custom LogOn desktop backgrounds. Custom Shell is also included without requiring Explorer Shell which provides a more seamless custom experience with a smaller footprint.

It is possible to make changes to an image after it is built on the device. Additional software applications, language packages, and other drivers can be installed on the device and after that, a master image can be built using Sysprep, so that multiple users can install it on their devices. ImageX or DISM can then be used to capture the image to a .wim file for deployment. Volumes can be created using diskpart feature.

There are several deployment options available with Windows Embedded Standard 7:

Managing and Servicing the Image

A number of servicing scenarios are available in Windows Embedded Standard 7. OEMs can still have full control of the servicing of the device. They can download updates to their distribution share, rebuild the image and redeploy it or directly apply the update to the image using DISM to an image offline or while it is running. In case they include Windows update in the image, they want their end-user to do automatic updating of the image.

Windows Embedded Standard 7 is a high-performance and highly reliable platform that enables developers to create something new and unique. It enables developers to deliver next-generation devices with rich user experience and make the world connected through their seamless connection. Windows Embedded Standard 7 is best for developers who want freedom in their creativity. They can make anything possible with this powerful and amazing tool that Microsoft offers them.

You can also download Windows 7 All In One iso for free.