The web browser for most people is the most important software on their computer. Thankfully you have several great internet browsers to choose from. With so many options it’s best to try out as many as you can to find the one that best fits your needs. Over the last few months, I’ve installed just about every internet browser that is known to determine which one is the best based on my testing. The key factors I’ve been looking at include built-in features ease of use and overall speed on high and low powered systems.

At number five is the Vivaldi, which is developed by Vivaldi technologies. One of their founders also co-founded opera. It has a ton of features some of which like the tap stacking and tiling which are really cool. When you launch the baldy you’ll be greeted with the speed dial page. This is where you can find some of your favorite websites. To add a new page click the plus I’ll add virus total when you’re done select add and it’ll show up on your speed dial page.

Along the left side you will find your bookmarks, downloads a place to take notes and history. You can also add web sites here as well currently I have Amazon and YouTube added. As you can see by selecting one it will pop it out here from the side. You can also make the side tab wider by just dragging it out which comes in handy if you need to work on more than one site at a time. Vivaldi is built on chromium so you can’t install extensions from the Chrome Web Store.

By first selecting the Vivaldi menu icon in the upper left go down to tools then select Extensions. Here you can see what extensions.you have installed select get more extensions to be able to browse the Chrome Web Store. The only thing keeping Vivaldi from being higher on this list is that it is still not available to install on Android and iOS. 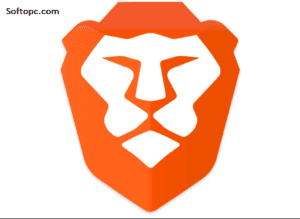 Coming in at number four is the brave browser, which is the top pick on this list for those of you that are focused on improving your online privacy. By default, brave will block trackers and ads which can speed up your performance. As you can see brave has a clean looking user interface without too much clutter opening a new tab gives you this screen which shows you the time along with how many ads. Trackers have been blocked on the sites you have been to.

Now let’s go check out the Yahoo web site using the brave browser as you can see the site loaded really quick in the upper right is the brave Shield panel. Clicking on it will show you the ads and trackers blocked on the site below that is advanced controls. Currently, I have it set to block ads and third-party cookies, HTTPS Everywhere and block phishing and Malware our boat turned on. If you have trouble loading certain sites, Try turning off fingerprinting protection and block scripts on this website.

It’s currently blocking ads and trackers as you scroll down the page brave will continue to block more ads and trackers. Opening up the panel it now shows blocked let’s open up a new tab. and in the lower right select preferences. You can change the default search engine with many to choose from for privacy DuckDuckGo. Start page quant and Sirk’s are good choices brave does not offer many extensions you can just toggle the switch next to any of these to activate them. If you’re looking for more privacy tools and a quicker browsing experience check out the brave browser. 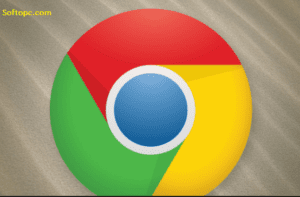 In at number three is Google Chrome. Losing its crown as the best and dropping two spots from last year’s article. Even though it’s the most used browser in the world and deserving of being in the top five. The lack of innovating features over the last few years and its speed on systems with low RAM are the primary reasons why chrome is no longer number one. On a newer desktop and laptop, Chrome performed great with no issues on a five-year-old laptop. I was using for testing chrome was one of the slowest browsers to open and once opened seemed mind-numbingly slow just to transition to other open tabs. Chrome is still one of the best browsers on newer computers. if you have an older computer you might be better served by selecting one of the other browsers from this article. 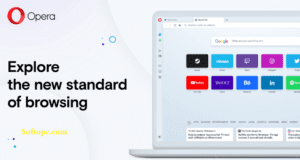 In the runner-up spot at number two is Opera. Initially released in opera has always been an innovator many features including pop-up blocking, private browsing, tabbed browsing and others have later been adopted by other web browsers. They currently have a free unlimited VPN feature and a built-in ad blocker. If you don’t have the fastest internet speed you’ll appreciate the turbo feature which compresses web traffic. This could make webpages load faster on the upper right of their speed dial page if you select the easy setup icon.

You have the option to switch between a light or a dark theme change your wallpaper select whether you want to block ads or not along with other settings that you can change quickly. Opera also has extensions but if you need more choices you can install the Chrome extensions add-on. Which will allow you to install Chrome extensions in Opera available on almost every platform and with so many great features I’m surprised opera isn’t more popular than it is.
Lighter Note: 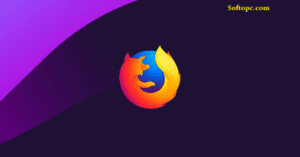 Coming in at number as the best overall web browser is Mozilla Firefox. Just barely beating out Opera Firefox just recently had their largest update in more than ten years which they codenamed Firefox quantum. This update brought in a new engine for faster performance that uses less computer memory when loading pages. This was especially noticeable on the older laptop I used for testing as compared to Chrome.

On newer computers you probably won’t know this much of a speed difference among all the top contenders. syncing between devices works great you can even share open tabs between your desktop, a cell phone and tablet with the send tabs feature. Firefox introduced a new system for extensions with the Quantum update that prevents rogue developers from making malicious changes to the internal code of the browser. As a result many users were upset with some of their favorite extensions no longer worked. To be fair the developers of these extensions were notified nearly two years prior to the update of the changes.

Firefox also has thousands of themes that can change the appearance of your browser. the theme I currently use it’s called dark fox. To preview a theme before installing select a theme I’ll select this one here called celebrate then click on the tap to preview button to see the changes. Whether you have a lower high powered system and you’re looking for a browser with a clean-looking user interface with plenty of features and add-ons this would be a good time to try out Firefox.

Best MacBook Accessories that you must try